Never underestimate the power of the web….

I have a client who makes coffins – this sounds rather morbid and unexciting, but as well as ‘normal’ coffins they make bespoke coffins as well. This side of the business trades as ‘Crazy Coffins‘ – and what they produce are quite amazing.

It is as you can imagine quite a niche business, but once people hear of it they tell others about it, so growth is somewhat organic. However they do have a Facebook page and put up photos and information about their special coffins. The number of likes on the page were at around 700 a few weeks ago, and then they had some ‘internet luck’….

A lady who lived in Aylesbury wanted a casket for her ashes in the form of the Star Ship Enterprise from Star Trek (she was a Trekkie). The details and photos were duly added to the Facebook page once completed on the 8th December, and then some internet growth occurred…

Within a day the likes on the Facebook page had doubled, mainly due to a US undertaker who liked the page, his like was then seen by George Takei (Mr Sulu from Star Trek) who has 5 Million followers on Facebook (he is also on Twitter @GeorgeTakei) – the photo then gained 40,000 likes.

This is an interesting question – should the fire services take emergency calls (currently 999) via social media sites like Twitter? Last week the London Fire Brigade said it was considering such a move, allowing people to tweet emergencies instead of dialling 999.

Previously it has advised against using social media to make the service aware of fires as it is not monitored 24 hours a day. But it has acknowledged that the increasing proliferation of smart phones means they might actually get a swifter response.

First introduced in the London area on 30 June 1937, the UK’s 999 number is the world’s oldest emergency call service. The system was introduced following a fire on 10 November 1935 in a house on Wimpole Street in which five women were killed. A neighbour had tried to telephone the fire brigade and was so outraged at being held in a queue by the Welbeck telephone exchange that he wrote a letter to the editor of The Times, which prompted a government inquiry (even in those days).

In recent large fires in London the fire service have actually asked via twitter and other social media sites for local reports, photos and videos of fires to help them judge their initial response, and apparently it has enabled them to deal with incidents more effectively. So perhaps this is the way forward?

After all, when 999 calls were first introduced to summon assistance everyone apparently said it would never work!

Street View is back!

You would have had to have been on a deserted island not to have seen the details of the Apple Maps debacle in recent months. Apple sent Google packing – they had previously had a close relationship with them over many things in iOS (the iPhone operating system). But, in IOS 6 they finally got rid of Google maps with its amazing detail and street view and replaced it with their own Map App – which was (and is) rather poor by their standards (actually by anyones standards!).

Heads have rolled at Apple and they have made a public apology about the Maps – a rare event from Apple. There is talk about them buying TomTom who provide the data to enable a faster solving of issues – time will tell.

But now we have Google Maps back on iOS (iPhone at least) in the form of a new app – and it looks great (much as it did before – but better).

It will be interesting to see what Apples response will be – the pressure is on!

Well they are 50% over, the UK’s most widely anticipated sporting event ever. They were going to be the first games of the social media revolution – so how have they been, and has social media played as big a part as expected?

Well from my point of view I will admit to having been a bit of a sceptic originally, but I believe the games have been an amazing success and I have really enjoyed following them – even while away on holiday in Italy! I thinks as a country we have done a great job and even the most ‘anti’ UK resident is now a fan.

The upcoming Paralympics promise to be the best ever with almost 100% ticket sales as well!

And what of the social media side? Certainly this has made it easier for me to follow events while abroad and at work – the news side of Twitter has enabled almost instant news of medal wins, which has then allowed me to use other mobile apps to follow events live.

The Tom Daley trolling episode showed the bad side of social media – but the rest of Twitters followers soon put paid to his comments.

So all in all I think Twitter and Facebook and the like have added to the experience, but have not perhaps had the impact that was expected – although that was probably a good thing as it was the negative aspects that were being commented upon pre-games more than the positives.

I enjoy photography and would never try to stop anyone taking photos either as a reminder of an event or as an art. However the current mobile phone fad has me confused. The modern smart phone is capable of taking pretty good photos (and is causing a drop in basic camera sales). The iPhone 4s has an 8MB camera and this is not the most impressive pixel count available on a camera phone.

So the ability to take clear well exposed photos is there – so why do people want to use programs like instagram to make their photos look like they were taken on a rubbish snap shot camera like the good old Kodak Instamatic, they even advertise it with an old polaroid camera – and they were rubbish!

Am I missing something?

This is a brilliant explanation of social media…

This is just brilliant, often the best explanations are the simplest and this hits the nail firmly on the head – and I particularly like the reference to Google+!

Amazingly the iPad is two years old (last week) – it has taken me two years to get into the iPad owners club, but I have to say now I have one I can really see the attraction! 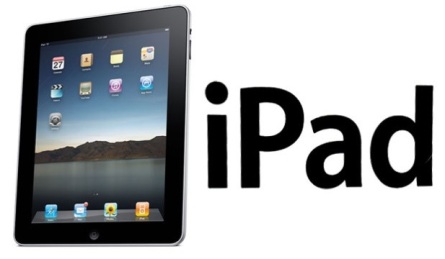 When it was first launched there were a large number of people who said it was a pointless piece of kit which would never take off – well history has proved them wrong – and it is still in my view the machine to beat.

Why? Well it is a well worn adage about all things Apple – but it just works.

Hand an iPad to almost anyone and they can get into using it very quickly because everything is so intuitive. We have a number of ‘new users’ in the office and they just love it. They are all iPhone users but the experience is so much richer and better on the iPad.

Since getting mine a few weeks ago I have found a number of things that are better than I expected (and I had high expectations). They include;

Browsing – so quick and easy on a touch screen device, our desktop PC at home is slow and is becoming used much less because of this.

Wordprocessing – I have downloaded the ‘Pages’ app and have found it brilliant. the keypad on the iPad works really well (despite what some people say). And using iCloud allows me to share the files across my devices and keeps them synced.

Spreadsheets – The ‘Numbers’ app is also brilliant and allows me to use graphs on my iPad – something that other spreadsheet apps don’t allow. It syncs to iCloud as well.

Evernote – If you don’t use this you are really missing a trick – it is superb.

Games – I am not big into gaming but some of the driving games are amazing.

So all in all I love my iPad, it is not a total replacement for my laptop but it goes a long way towards it. The big plus is the fact that is instantly on. I am sure that Apple will develop the OS even more over the next few years which can only make it better!

And iPad 3 is due in only a few weeks?